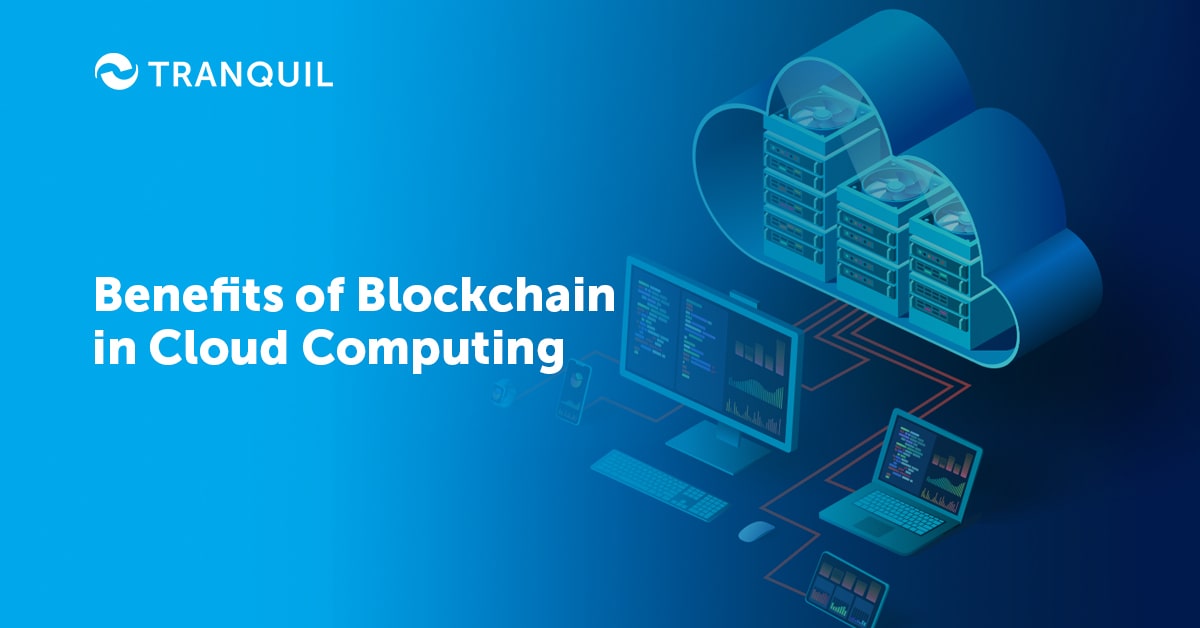 Blockchain offers numerous features like excellent security, transparency, and decentralization, that have made it a sought-after technology for numerous industries.

When you say blockchain, most people think of cryptocurrency like Bitcoin, which was created using this technology.

However, blockchain today has many more innovative applications.

It is now increasingly being used in conjunction with the cloud.

Today, a new field has been created by linking IoT and cloud computing, and it’s called the Cloud of Things.

Here, blockchain based cloud computing is a vital solution that can help overcome the limitations of Cloud of Things.

It can process vast amounts of data and exercise control over documents economically and securely.

ALSO READ: How Do ERP and Cloud Computing Differ?

Simply put, a blockchain is a chain of blocks.

It’s a linked list of blocks that basically contain records, and it keeps growing as users add to it.

Cryptography is used to store information in blocks.

Each block in the blockchain has a cryptographic hash of its earlier block, a stamp denoting the time it was appended to the blockchain, along with data connected to transactions.

Every block has a link to the block that was added just before it along with relevant information.

This makes it very difficult to remove or alter the previous block randomly.

So that means that once certain data is stored in any block if you want to alter that information, you will need to make modifications in every block that was added prior to the block you want to alter.

You could say that blockchain is one of the most radical innovations in the world of technology.

It is still evolving at a fast pace, and its applications are increasing by the day.

Blockchain and cloud computing make an exciting combination, where possibilities are endless and have the potential to disrupt industries as a whole.

What is the Scope of Blockchain Technology in Cloud Computing? 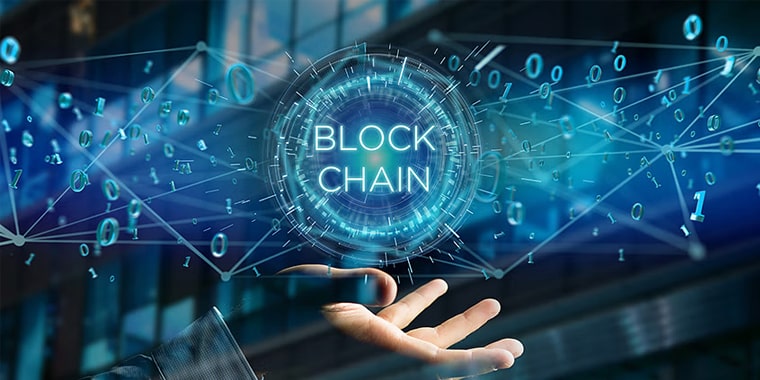 Let’s examine in some detail the fields where blockchain has the ability to improve the functionality of existing cloud solutions:

Benefits of of Blockchain in Cloud Computing

Let us now take an in-depth look at the advantages offered by blockchain on cloud: 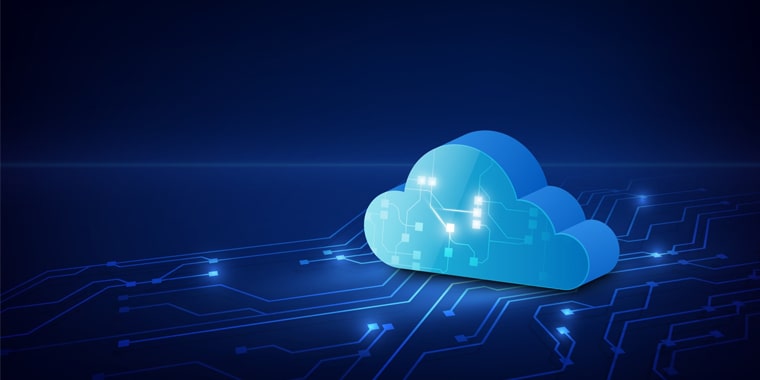 Hyperledger is an open-source blockchain technology application that is emerging thanks to collaboration under the aegis of the Linux Foundation.

Unauthorized access and alteration of data become extremely difficult due to the distributed copies of exactly the same blockchain records.

A solid audit trail can be developed thanks to the record-keeping being decentralized with peer-to-peer networks.

Due to the power of cloud computing, record sharing can happen in the cloud.

For the purpose of audit authentication, different parties can maintain exact copies either wholly or in parts.

In this arena, the Hyperledger users are not particular about staying anonymous, like cryptocurrency users.

Rather, Hyperledger apps have a group of a limited number of authorized users whose details are maintained with a central agency.

This authority not only knows the authorized users but also controls them, even though the hyper ledger blockchain is maintained by their efforts.

Cloud computing is now being pushed to the edge because connected IoT devices don’t require checking in with centralized servers to handle data or decision making.

Let’s take the example of a biometric recognition node.

It will contain encrypted biometric data of every authorized person; the node will probably have to verify with the servers only when a match is not found.

A node will be able to operate on its own, unless there is a need to verify if updates are available.

When numerous copies of the database of the biometrics of authorized personnel are pushed to the edge – cloud storage that is geographically diverse, it becomes quicker and simpler to access official copies. 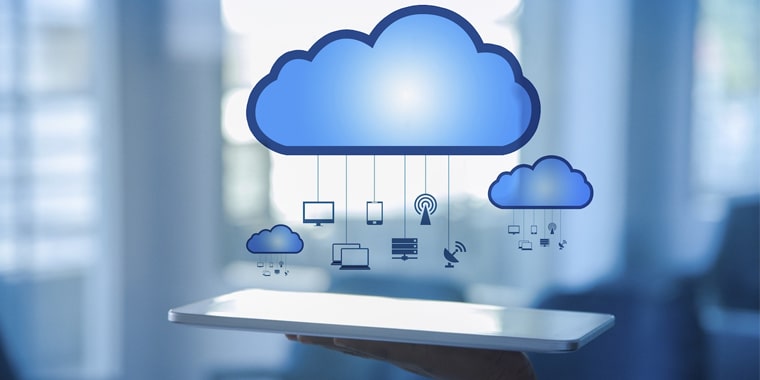 When we integrate cloud computing and blockchain technology, numerous opportunities can be created.

These can facilitate improved management of real estate titles, stock ownership, legal agreements and contracts, and other valuable matters.

By shifting to cloud computing that manages a Hyperledger system, you can radically improve the clearance process.

Currently, stock transfers are carried out via a DTC or Depository Trust company, and it requires around three to six days for processing.

However, with hyper ledger blockchain and cloud storage, the transfers can be executed in seconds or microseconds.

Already, hyper ledger projects are being developed to improve the process further.

End-to-end encryption enables keeping data secure while in transit and in storage.

Blockchains help to protect the transaction data, as well as their ordering.

You can get a triple security layer with the solid peer-to-peer distribution of exact copies of the blockchain throughout a cloud computing network.

Compared to a central data storage model, distributed data storage is much superior, and has a lower risk of data breach.

Here data files are broken down into tiny bits and are encrypted.

These encrypted bits are then stored across several nodes, in geographically diverse locations. 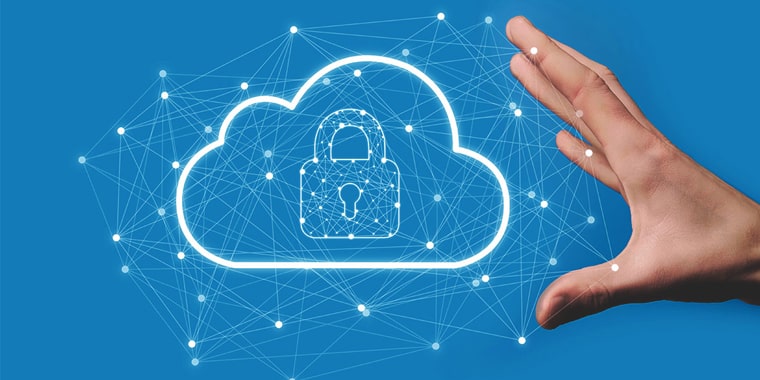 The major risk factor in encrypted use is the protection of private keys from unauthorized access and theft.

These keys are used to authorize transactions in the cloud – one key to encrypt and one to decrypt.

The private keys can be better protected by implementing a cloud computing procedure which involves a double-step verification for authorizing transactions.

To increase the security further and make unauthorized access hard, the verification replies in the dual-step process can be set for single-use.

If even further security is required for the private keys, you can configure cloud computing to verify facial recognition or biometric recognition as the mandatory identification process.

ALSO READ: An Overview of Assemble to Order Process

With blockchains, you can make a permanent transaction record.

Including the PoH or proof of history function is another innovation of blockchain technology; this function operates with a verifiable delay function.

It gives the cloud computing network a time record where no trust is required to be provided by the users.

The blockchain provides a robust and permanent audit trail of every transaction in the proper order, and the addition of the PoH function provides a timestamp for the transactional data that is permanent.

The blockchain data can be easily replicated across a server network, as long as they are interconnected tightly via collaborating clouds.

This helps is reducing the risks of failure due to single servers or nodes.

In the event of any cloud node being disrupted, the network will still be able to provide uninterrupted services.

Thus, you get additional fault tolerance with blockchain in cloud computing.

Now they have the option of maintaining their data in numerous physical locations.

With sufficient cloud storage being available across nations for a cloud computing network, the chances of data being lost or services being disturbed due to natural disasters or other causes, are very slim.

The processing load is just transferred to another network node that is fully operational.

As blockchain technology is essentially designed as a distributed data system, it is very effective for widening geographical diversity when used in combination with cloud networks.

As records of transactions are distributed broadly in blockchain technology, you can have several authorized users.

This is achieved by making the blockchain public, or distributed to the users.

Even if a particular network node fails, it will not impact the remaining copies of the blockchain in any manner.

Every other node will keep operating, and the blockchain will be updated in spite of a node or two being down.

Depending on the transactional record of blockchain entries, a node that fails can draw level with the blockchain database status at present almost as soon as it is restored and is back online.

This is especially true when they have a protected timestamp.

There can be a large number of transactions in blockchain networks on blockchain apps that are largescale.

Therefore, it is essential that you have robust services to process data.

Only then will you be able to execute numerous transactions speedily and facilitate blockchain services that are scalable.

Here, the cloud can provide computing resources on-demand to facilitate the operations of the blockchain.

Thus, we can see that by combining blockchain and cloud computing, you can create an integrated system that is extremely scalable.

ALSO READ: What is Dead Stock – How Can You Avoid It? 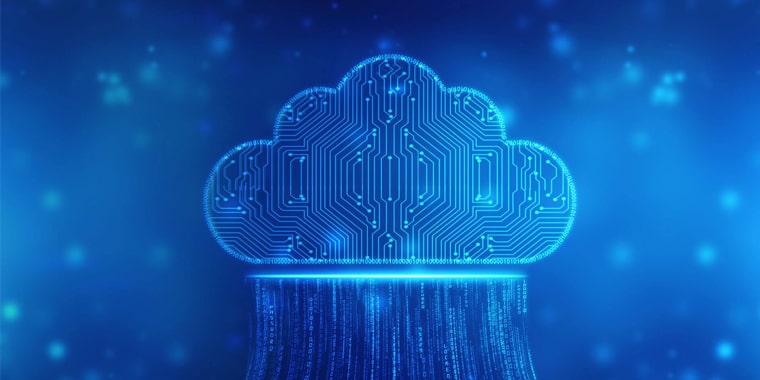 As the cloud computing technology becomes more commonplace, it has become more affordable; its capabilities, and utility of handling transactional amounts that are smaller, goes up.

Reward payments to nodes in the blockchain can be small amounts, keeping in mind that the cost of processing the transaction is even lower than the reward.

If we consider the example of Bitcoins: mining or creating Bitcoins is not sustainable if the computing power required and the utility cost incurred in mining the Bitcoins is more than the value of the Bitcoins.

The sophisticated virtual servers in cloud computing now only have to duplicate the OS for its fundamental functions, to take care of processing applications.

The processing cost in cloud computing is steadily reducing thanks to this trend – making it more feasible to execute microtransactions.

ALSO READ: Inventory Management Challenges and How Best to Solve them

With blockchain technology in cloud computing, you can use it in conjunction with innumerable individual computer nodes to render computing systems akin to huge supercomputers.

Calculations can be divided, managed, and disseminated to individual nodes for projects where you need massive computing power.

This is executed as a collaborative effort, with individual nodes rewarded depending on the proof they provide of their contributions.

ALSO READ: What is Product Bundling in Inventory Management?

Smart Manufacturing with Blockchain and Cloud 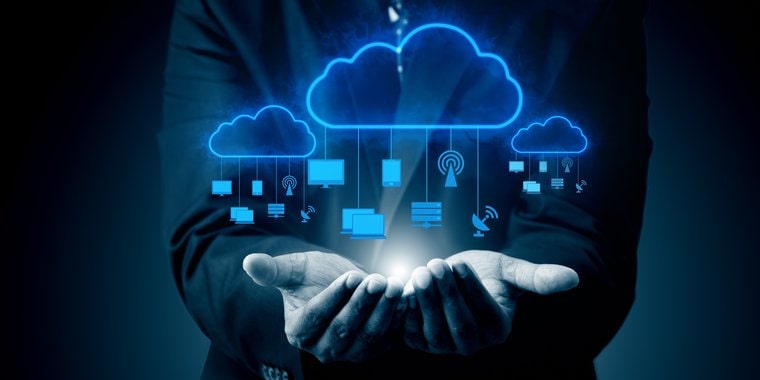 Giant strides in collaborative processing abilities, IoT and its requirements of edge computing, and decentralized storage of data are making their presence felt immensely, as blockchain technology becomes more capable and sophisticated, especially when combined with cloud computing.

Blockchain in the cloud can contribute hugely to smart manufacturing – where automated machines can be deployed to execute specific tasks more smartly and efficiently than the present.

However, the combination of blockchain and the cloud, you can improve security, implement the decentralized architecture, and enhance manufacturing efficiency throughout your organization.

ALSO READ: Why is Cycle Stock Important for Your Business?

Are you confused about how Tranquil software can help your company? Do schedule a demo with us to learn how! Our representatives will walk you through the software and answer all your queries.